The irony of US Federal government

Seems like they don't put the dollar where their mouth is. 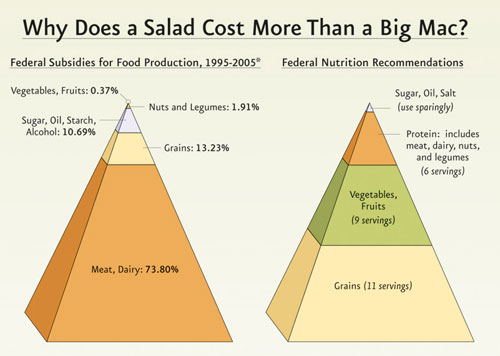 Posted by Darwin Gosal at 12:59 AM No comments: 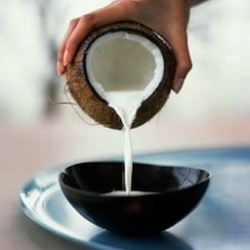 For my lunch today, I eat vegan Indian food. As you know, Indian cuisine often use coconut milk, just like Thai and Indonesian, in their cuisine. Many bodies around the world such as WHO, FDA and American Heart Association are recommend against consuming in significant amount due to its high level of saturated fat. However is coconut milk / oil really that  bad? Unrefined coconut milk contain large proportion of lauric acid, which is good in increasing your HDL. Not only that virgin coconut-oil is composed mainly of medium-chain triglycerides, which may not carry the same risks as other saturated fat.
So, how to solve this paradox? In this article, Ivy explain that the word unrefined and/or unprocessed are the key to answer this. Processed coconut oils contain hydrogenated oils (which contain trans fats) that are harmful to your health, not the unrefined coconut. Early studies on the health effects of coconut oil used partially hydrogenated coconut oil and not virgin coconut oil, which has a different health risk profile. While I am not suggesting you start eat lots of coconut meat or adding coconut oil by spoon full to every meal, unrefined coconut consumed in moderation is okay. However, when eating out, it is quite unlikely you will find eating places that will be using unrefined coconut milk or virgin coconut oil (since they spoil very fast), hence it is best to avoid food that use them (unless you it is explicitly mention that they use unrefined / unprocessed coconut milk).
Posted by Darwin Gosal at 1:48 PM No comments:

NYTimes reported a new diet craze in England. The book, "The Fast Diet", is an instant best-seller since its introduction in January 2013. Why does it caught all this frenzy? Because it said that you can eat anything you want as long as you fast 2-days in a week. Personally I find this is nothing new since it is similar to the diet concept of "Calorie Restriction" that I describe on the post about Key Concepts in Healthy Diet.
Posted by Darwin Gosal at 1:30 AM No comments:

Link between sugar and onset of diabetes

If my earlier post, we have seen why sugar is toxic. A new study from PLOS shows that it’s not just obesity that can cause diabetes: sugar can cause it, too, irrespective of obesity; and obesity does not always lead to diabetes. In his book, "Fat Chance", Robert Lustig write about beating the odds against sugar, processed food and diabetes. Or you can read a short NYTimes article about this by Mark Bittman.
Posted by Darwin Gosal at 12:30 AM No comments:

A report from New England Journal of Medicine shows that a traditional Mediterranean diet (characterized by a high intake of olive oil, fruit, nuts, vegetables, and cereals; a moderate intake of fish and poultry; a low intake of dairy products, red meat, processed meats, and sweets; and wine in moderation, consumed with meals) is effective as a primary prevention of cardiovascular disease. You can find the article in layman term at NYTimes. However, Dr. Esselstyn, the author of the best seller “Prevent and Reverse Heart Disease: The Revolutionary, Scientifically Proven, Nutrition-Based Cure” dismissed the study. He believe in strict vegan diet and not even allowing olive-oil. My take? If you are healthy with no known family history of cardiovascular disease, I think an occasional small amount of olive-oil is fine (it is probably the healthiest oil out there). But if you have cholesterol issue or had some history of cardiovascular disease, I would say it is probably wiser to listen to Dr. Esselstyn.

Posted by Darwin Gosal at 1:30 PM No comments:

Why is it that unhealthy food (aka junk food) taste so good and addictive? This article gave an excerpt from Michael Moss' book, "Salt Sugar Fat: How the Food Giants Hooks Us", of the science of addiction. Very good reading.

Posted by Darwin Gosal at 1:00 AM No comments: 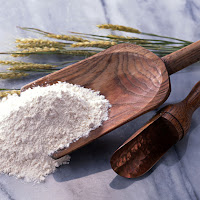 Often time when I went to shop for grocery in organic shops, I often encounter food labeled as "wheat free" or "gluten" free. At first, I thought what is wrong with gluten, is it considered unhealthy? As someone who do not have celiac disease, I found out that there are quite numbers of people (mostly live in city of 1st world countries) have "wheat allergy" or "gluten sensitivity". This NYTimes article, "Who has the guts for gluten?", describe the reason why the occurrence happens higher in people who live in certain environment or lifestyle.
Posted by Darwin Gosal at 1:00 PM No comments:

I have been pretty busy for the past few months and haven't update much, on the next few days I will post some of my backlog write-up. Here we go:

I love the Dove Real Beauty campaign. I found that nowadays we are bombarded with unrealistic model of beauty. And that make some people diet to lose weight (as an attempt to achieve media stereotype of beauty) rather than to be healthy. The article "Eating for Health, not Weight" is best summarized why is it so.

Unless you are a seafood foodies, it is quite hard for most people on the street to know the differences of different fish. That is why numbers of food establishment have been cheating their customer. This reminds me of one point when I vacationing in Bali, we chose a live crab for our dinner. I know how to choose a good one. But when it come out on the table, it was not the one that I chose. I am absolutely sure because I recognized them by their claw. Posted by Darwin Gosal at 2:56 PM No comments: